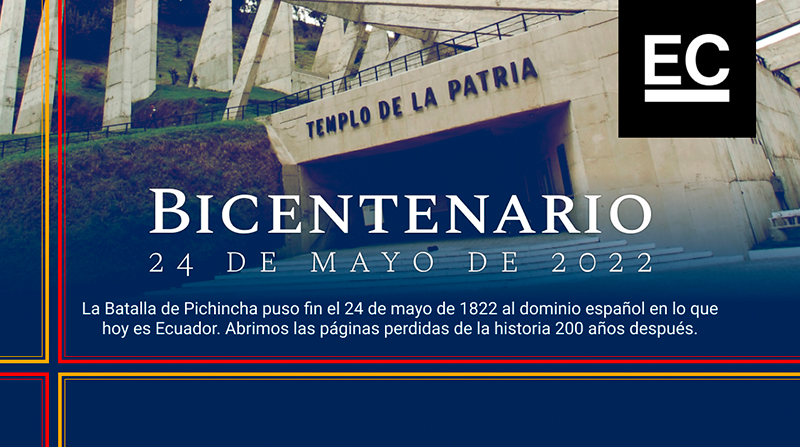 A fierce battle that lasted about 18 hours, in which 400 monarchs and 200 more patriots were killed The end of colonial rule King of Spain on the land of the then royal court of Quito. It happened on Friday, May 24, 1822.

There is a lot of information that, over the years, has been left out of school and college textbooks, summarizing an era where context dies, the cause of brave men and women, filled with a sense of freedom, and where only great statistics are configured. These data, these factors have been explored on the web special published in EL COMERCIO on Saturday 21st May.

The central axis of the web is special Bicentennial of Independence It is the rescue of forgotten stories, the warriors who gave their lives in battle that sounded incredible, but has been officially removed from the official story.

On the one hand, EL COMERCIO uses word of mouth to get the attention of citizens through podcasts. Four chapters where the fantasy of a time machine is mixed with the story of Gabrielle Fandino, an enthusiast of the history of independence who published the book and discussed this part of the history of our country. But not only that. This newspaper was able to communicate with the descendants of the participants in the war of independence. There are more surprises.