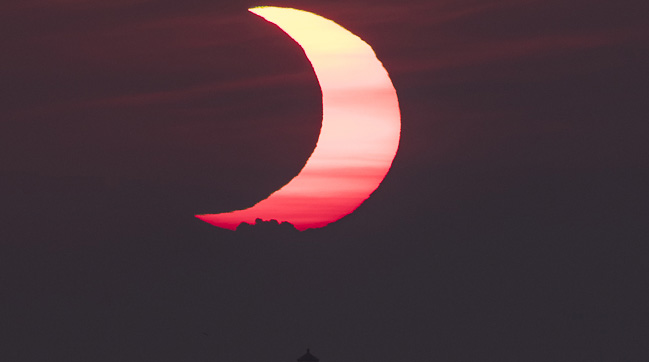 Several events can be noticed in the sky in the month of April. The pink moon on the weekends of April 16 and 17, and a partial solar eclipse at the end of the month, which is unfortunately not seen around the world.

An eclipse occurs when the moon moves between the sun and the earth. According to the National Aeronautics and Space Administration (NASA) it is a complete eclipse if it blocks all light, but it is a partial eclipse if it covers only a part of it.

During the April eclipse, the moon will block 54% of the sun at its highest point.

The best way to observe this phenomenon is with special glasses with solar filters designed to enjoy the eclipse.

Where and at what time can a partial solar eclipse be observed?

The National Aeronautics and Space Administration indicates that a partial solar eclipse will be observed on Saturday, April 30, 2022.

The eclipse will be visible in the southeastern Pacific Ocean, parts of Antarctica and Bolivia, Chile, Peru, Colombia and Argentina in South America.