A decade later, Ecuador will return to develop its vaccine 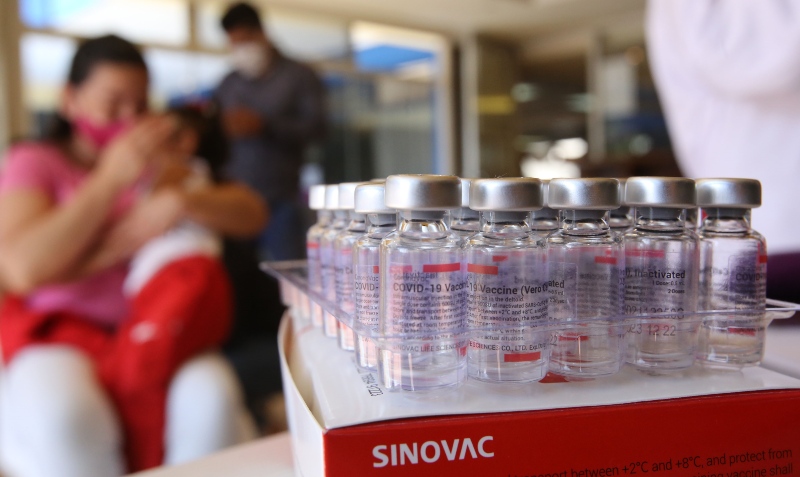 In 2012, the defunct National Institute of Hygiene (INH) had 60,000 locally produced pentavalent vaccines ready for clinical trials. This was the last stage before these were applied in the health centers of the country.

“We had a manual for rehearsals and logistics. And everything was forgotten, “said Gladys Alvarez. For almost 49 years she has worked in the institute’s biological production area, where they have already developed DTP-diphtheria, tetanus, pertussis (whooping cough) and other vaccines.

54 people, including trained professionals from Japan, Chile, Brazil and Cuba, were part of the plant that closed when the INH split in two. Alvarez continued for a while at the National Institute of Public Health Research (INSPI).

He then goes to Enformer, a public company that has never started and is still closed. There he will continue to direct biological production, but everything remains just a plan and a budget.

Now, China has announced an initial investment of USD 50 million to launch the first local plant. This week Synovac agreed with the signing of a declaration of intent between the Life Science Laboratory and the Ministry of Public Health.

It will take a year and a half to set up the infrastructure and most likely, it will be in Duran (Guas). Its capacity is still being calibrated and production will begin in two years.

Minister Gimena Garzon has announced that they will not only formulate a dose against SARS-CoV-2 (it is expected to be a formula against the Omicron variant), but also a formula against pentavalent, chickenpox, polio … the startup goal is a regular vaccination schedule Cover the local market with dosage and export in the long run.

For 10 years, when organic production ceased, Ecuador relied on imports. Last year the country invested USD 66,100,151 to buy them from countries such as India, Belgium, Brazil and Hungary, after months of epidemics left health centers without supplies.

There are 17 formulas in the national immunization schedule, mostly pediatric. In 2021, 12,927,240 doses were purchased and a further 78,5945 came through grants. Among them are Td (tetanus and diphtheria), rotavirus, pneumococcus, hepatitis B and others for influenza.

For Luigi Martini, the country has been hit hard by scientific research. The former director of INH recalls that 60 years ago they had already made biological substances such as antivenom serum, anti-rabies vaccine from native snake venom, even made onco-BCG for the treatment of bladder cancer and made lyophilized BCG against tuberculosis. Did. –

“You don’t have to try new things; We must return to the successful things that we had (…). We Ecuadorians have the ability to produce organically and not just to pack, ”said Martini, who is part of a group of former ministers and managers who called for the resumption of INH’s operations.

An example of local potential is the SARS-CoV-2 vaccine prototype that Espol is developing with other universities. The project is still in the pre-clinical stage, including testing on laboratory rats. “Mice make antibodies against our laboratory proteins, and infected human antibodies can recognize our proteins,” said Washington Cardinas, project leader and head of the Espool Biomedical Research Laboratory.

When thinking of producing for pilot testing, their only alternative now would be to have a veterinary vaccine in the laboratory. Cardenas believes that it is possible to establish a biological plant with expert advice, staff training and investment.

These are just some of the goal setting shareware that you can use. Also, there has been talk of conducting clinical trials and transferring technology.

The researcher said, “It is always easy to buy a vaccine that has already been made. But in the context of the epidemic, the country has had to pay a high price for human life.”

Economic costs have also increased. According to Health, more than 300 million has been invested in the purchase of 34.1 million doses against Covid-19.

The former INH plant was equipped by the Japanese government. Alvarez recalls that since entering, he has filtered air cabins, sealing machines and a pure water plant to avoid contamination in the packaging area. All equipment was saved.