10 girls from Ecuador will visit NASA 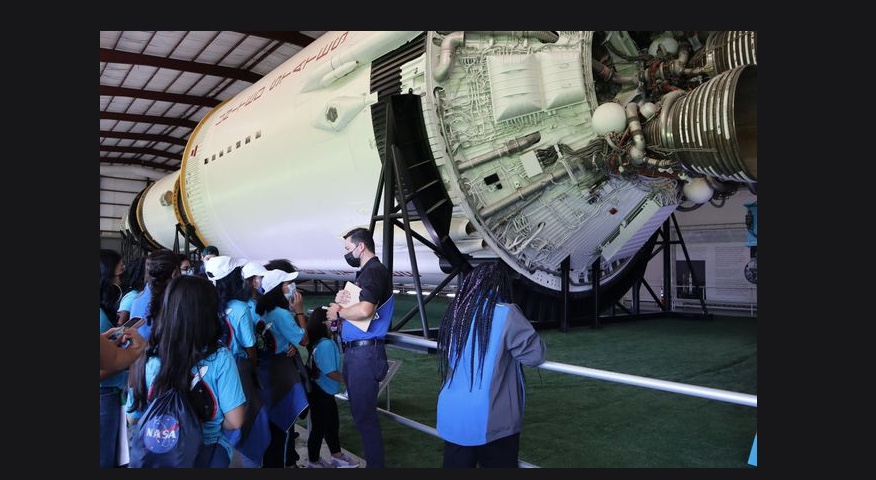 Ecuadorian girls to visit NASA facilities in US Photo: Courtesy

Girls Between 9 and 15 years, in situations of weakness and from different parts EcuadorWill visit the space center POT The Houston (USA) Initiative is promoted by various foundations.

Call “He is an astronautThe program is developed by Colombians She is the foundationWith the support of Ecuador Women Without Limits FoundationGlobal Women’s Foundation (Raw) Led by Rosalia Artiga, former President of Ecuador and UN Women.

Minors start them this month Preparation Within the framework of this initiative that integrates virtual classes with experts in aerospace management, and On-site visit For the benefits that NASA has in Houston (Texas) Next August.

# He is an astronaut Classes for our 2022 crew members!
Last Friday, our crew members had a class in charge SpaceCenterHu About rockets: the source, the parts and we’ve seen how much fun they’ve had in building them.
Today from the virtual, soon from NASA! 3 pic.twitter.com/d0eh4ppptX

Girls from all over Ecuador

Nadia Sanchez, founder of She Is, an organization that launched in Colombia in 2016 and has already sent 30 girls to NASA in 2021, mainly from neighboring countries, noting that the electorate from Ecuador includes girls from all parts of the country, including the Amazon region.

More than 1,200 girls from Ecuador and Peru have applied to the program. The process included a rigorous selection based on a dozen criteria, among them, the age range of 9 to 15 years, those who would excel in the education system, their vulnerability situation and great leadership ability.

The program consists of Four months Where the girls take virtual classes three times a week with a Spanish-speaking teacher at NASA. In addition to inspirational discussions, leadership discussions, sessions with experts from partner organizations involved in adolescent pregnancy prevention, mental and menstrual health.

In parallel, “all the girls who enter must create an entrepreneurial project to be presented at NASA,” Sanchez added.

The girls will visit NASA

The August 19 Participants are expected to travel to Houston for a week, where they will continue their training with nine academic hours a day. More activities and meetings with NASA astronauts, scientists, doctors and engineers.

They will also know first hand Process Its creation RobotSpecialized NASA programs such as virtual simulation, space rocket creation and launch, and Artemis.

The initiative aims to enable students to become part of the NASA Alumni Program and receive higher education scholarships in addition to replicating their community projects in Ecuador.

One of the selectors, Samaa Rise Benitez, a 15-year-old resident of Quito, thanked the companies for the opportunity. He considered it a dream come true for “all Ecuadorian girls, Latin Americans”.

“We are shrinking, we are setting our own boundaries. I live in Latin America and I can’t pave the way for all this, “he explained before calling the girls” don’t stop dreaming, don’t keep curiosity away. “

For her part, Anna Elena Badilla, UN Women’s Representative in Ecuador, said the initiative had significant “inspirational” and “symbolic” value. In the meantime, it provides an initiative for the electorate that at first glance may seem like an unattainable star.

“It’s like telling them: we have no limits, let’s not set limits on ourselves, and let’s not allow society to set more limits than we already have,” he said.

Referring to the situation in Latin America, the head of the UN body pointed out that “there is a significant gap between women and girls in access to education and we need to open up these opportunities.”